from Vader's Many Prosthetic Parts (Cover) by Kielen King feat. Christian & Jessica of the PDX Broadsides 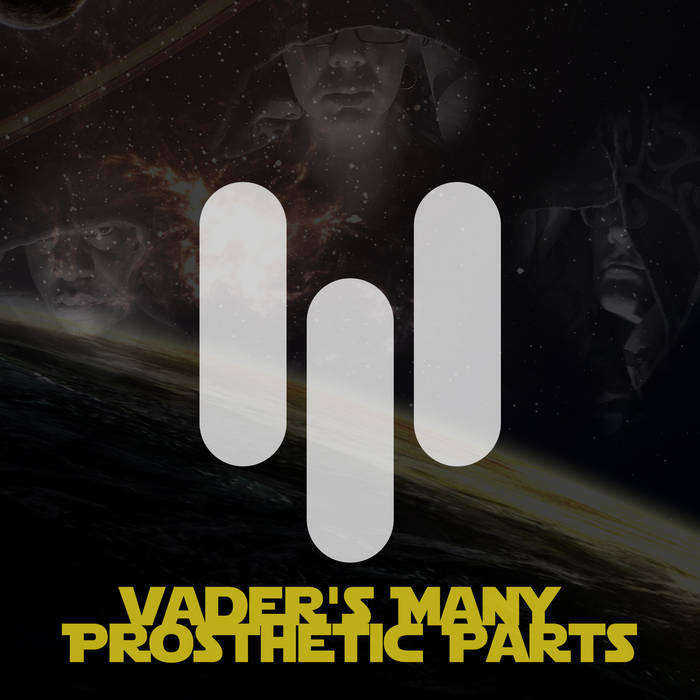 Chorus:
He's just a metal man
Who needed a medal, man
Capable father
But couldn't give his son a hand
Replace everything
Yet can't make a heart
Let's become one of
Vader’s Many Prosthetic Parts

Ultimate power, man of the hour
Mouth of the empire, planet devoured
Hot under the collar like Mustafar's temperature
The real force, not a puppet of the emperor
Man is assembled, now he resembles
A killing machine and the galaxy trembles
Don’t strike back, you know you’ll never win
Artificial arm but the harm is genuine

Rap:
This guy cried when they told him his wife died
And ever since then galaxy wide genocide
Thousands of systems and species in cages
Who WOULDN'T want to cut a bloody path through the ages?
So much power, the best employer
Don’t exit hyperspace too soon in a star destroyer
You don't wanna be a rebel when the shields is broke
You don't wanna get the force wrapped around ya throat

Metal and plastic, legend fantastic
Empire forced to do something drastic
Dark lord loosed and Rebels destroyed
Defeated by a man who is partially droid
Lived through death got nothing left
Now he’s bound by the sound of his mechanical breath
Disobedience makes Sith blood boil
Spends his time off soaking in oil

Bridge:
You go by, that helmet high
Wear it like a crown
We hear you wheeze, but when you sneeze
You have to wipe it down

Rap:
You would also be known as the finger pinch strangler
With no naked time and a life support chamber
Dressed in all black: "Never underestimate the power
of the dark side!" ...imagine that
Angry with a glow stick and known to decapitate
You wanna impress me? Eat a snack through the faceplate
He's only the boss when the emperor is gone
It took him until he was 80 to beat Obi Wan

Partly real and partly steel
But they left out the part that made him feel
Backups stocked to keep the Rebels kneeling
Warehouses stacked from floor to ceiling
Reactors ticking, servos sticking
Bend your ear and you hear the gears clicking
Atom furnace where he once had a soul
The Rebels are looking for the remote control